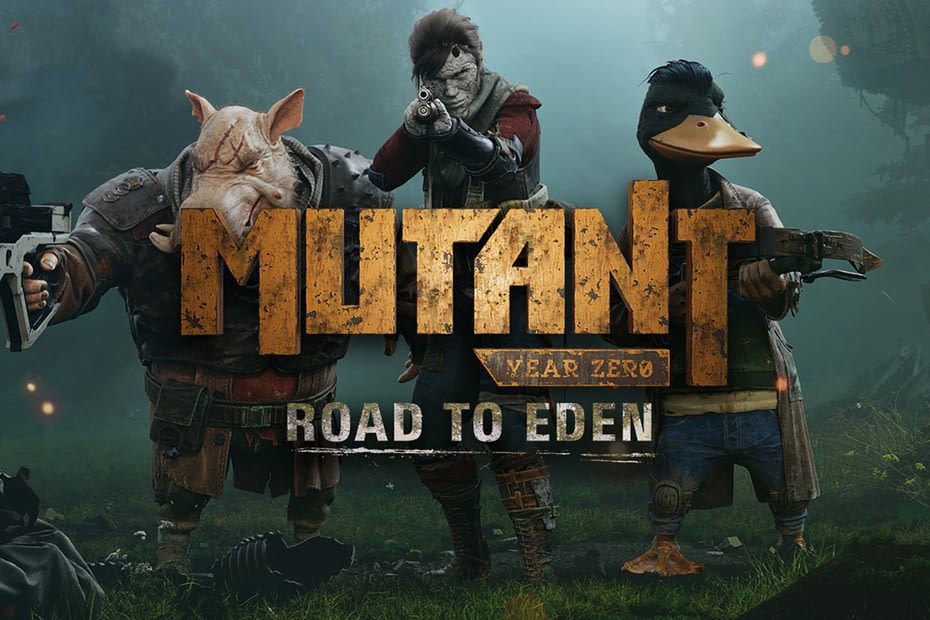 As I played Mutant Year Zero a realization struck me about the subtitle of the game: Road to Eden.

On the surface it’s appropriate because it is an on-the-nose reference to your characters physical journey as they explore the “Zone” in search of a fabled location called Eden. However, on a completely different level (and probably only in my mind), the road to Eden is your personal journey as you try to understand the inner workings of the game: the rules the game is built upon and the interface in which you use to play it.

MYZ:RtE is a standard tactical strategy game in many ways. You control your three-mutant squad as they battle enemy on various battlefields around the Zone. Each battlefield has its share of low and high cover for you to hide behind (vehicles, trees, rocks, building walls, etc.) and high ground (ladders leading to balconies, lofts, higher floors, etc.) to climb to get the upper hand in battle. Each member of your squad has a certain amount of tiles they can move and varying attacks depending on their weapons and their stats. Nothing new here. However, it deviates from the crowd in some very subtle but deep ways that help pull it in interesting directions.

Before combat, a good portion of the game has you exploring the map as a group in order to collect scrap (currency), find equipment and (most importantly) scout out the battle ahead so you can set your group up for the best chance for success. Like some tactical strategy games like Commandos and Shadow Tactics: Blades of the Shogun, you can see your enemies vision range giving you that tactical advantage. During this time you can separate the group and get them into whatever position works best for their fighting style.

However, before any of this happens, you will need to do your research. A large majority of how well you will do in this game is spelled out in how well you know your characters which can be chiseled down to building them off of their mutations.

Though they’re not locked into roles, each character has a certain style of play which can be seen in their mutations. Bormin has Run ‘n’ Gun, Hog Rush, Stone Skin and Joker which all are geared at keeping him within range of the enemy and in their face whereas Dux has Knee Shot, Skull Splitter, Alpinist and Moth Wings which seem to be geared to a more ranged/support role. Once you settle on how you are going to build your characters, you can start to support your decision through the use of weapons, armor and hats.

In addition to giving you protection (subtracts damage total) and more health, some armor will give you extra protection from certain attacks (fire, electrical, critical, etc.). Hats will give you bonuses (movement, throwing range or damage, chance to hit while hidden or on high ground) as well as protection from certain attacks. Once you understand this you can see how these items will help buff your characters in battle.

Your weapons come in silent or regular varieties and have their own stats which can be improved upon at the Ark by leveling it up (more damage), modifying it with a scope (increased range), and adding a damage mod (special damage). This allows you to tailor your weapons for your characters style whether they’re going to be a sniper, critical hitter or just straight damage dealer. Silent weapons are also very important as they allow you to take out your enemy in secret not allowing them to alert the rest of the group, which they love to do.

A very important thing you need to know is that you can change all of these at any time outside of combat via your inventory screen. I didn’t know this initially which limited my gameplay initially, but once I learned this tidbit it was like a whole new world opened up to me.

What all of this allows you is to examine the battlefield and prepare in a way you usually wouldn’t. If you see a Tank who can rush you in combat, put on the armor that prevents charge attacks. If there is elevation in the level, throw on the Aristo Hat to give yourself a 20% increase in critical hit percentage from high ground. Pair that with a characters Alpinist mutation giving them 50% increase in crit % from high ground giving your character 70% before even taking into account any weapon upgrades. Near the end of the game, Dux had a steady 100% critical percentage on top of his wonderful 100% hit percentage. If there is no elevation, you can equip his Moth Wings and fly to give yourself height or switch out your hat to the Fertility Crown giving you 20% critical chance when hidden, your mutation to Silent Assassin which doubles your critical chance when hidden allowing you to use the terrain given to your advantage.

This may seem overkill, but I assure you that some of the battles you will enter into (especially later in the game) that will make it absolutely necessary you are using the correct mutations, weapons and outfits in order to maximize your success.

Of course, as much as I appreciate all this attention to detail it only helps to pull of the shortcomings of the game as well.

You can see your enemies sight range in a 360 degree ring around their character, but there is no way to see their hearing range which has caused me to restart battles multiple times because I ended up pulling multiple enemies into battle by accident and getting overwhelmed.

To go along with this, you can’t see your characters range rings for their weapons outside of battle. The only way to see if you are able to attack the enemy is by waiting for the “Ambush” button to pop up at the bottom of the screen which seems like a good enough solution but I’ve been in multiple situations where I’ve had my characters separated and hit the “Ambush” button only to find out another character wasn’t in range. Yes, it’s simple enough to push “F” to exit combat and readjust, but it seems like a clunky system regardless.

The mutations, weapons, outfits all work just fine, but I wish there were more of them. Mutations are the same on some characters which makes them feel less special. I started finding repeats of the items (weapons/outfits) around the map making it less interesting to explore. Upgrading the weapons with mods is super cool and much liked, however buying weapons/items is worthless as I found everything on the map. The only things I think I bought from the shop were grenades and medkits, and even then it was sparingly.

There are still more minor quibbles that can be stated about lack of choice in direction for your characters (only one mission truly gives you any input other than kill), your characters choosing paths that run them directly in front of enemy when you regroup, them turning on their flashlights when done with battle which alerts other enemy in the area and more.

All said, and all quibbles aside, Mutant Year Zero: Road to Eden is a very competent and fun game that will scratch that tactical strategy itch. Though the story isn’t anything to write home about (I guessed the super secret twist at the very beginning) and is filled with the usual post-apocalyptic cliches, it helps propel the game forward and doesn’t trip it up at any point. The world is unique going for a lush nature taking everything back look vs. the usual dull brown wasteland. Even with the limited weapons, mutations and items; there is plenty here to keep you coming back for more which is something you’ll be used to after your first playthrough because the difficulty can be daunting until you do your research and understand your characters.

Although the story is basic, Mutant has very good graphics, wonderful voice acting and sound effects, and a solid strategy combat system that leaves you wanting for more depth. There are some small gameplay elements that are needed to really propel this game into the greatness it can be.